Men of martial arts! If you’ve ever stopped to wonder why you spend your free time getting punched in the face for fun, you might want to watch this. 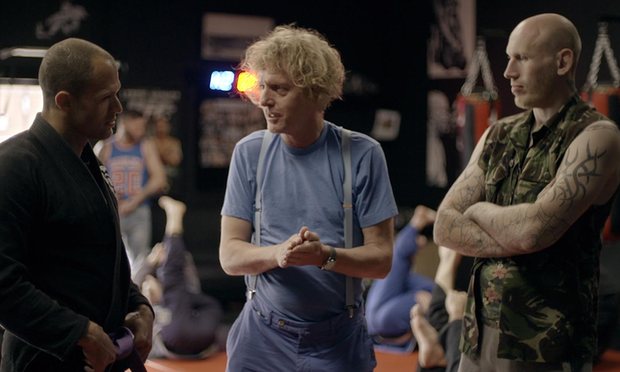 There are lots of articles written about women and martial arts, but relatively fewer about why men do it, since, you know, they dominate the martial arts, so why bother writing about them? I therefore like it when I read an article that looks at what it is that drives men specifically to do martial arts for purely selfish reasons, since I often wonder why I’ve had this lifelong attraction to martial arts myself. I know there’s The Professor in the Cage, but I’ve not read it because I’ve heard it takes a reductionist argument that everything comes down to evolution. I think it’s more complex and nuanced than that.

Then last night Grayson Perry came out (ha!) with a TV programme that addressed this very issue. Playing up to stereotypes, he went to the North East to find the toughest of men the UK had to offer, the Ironborn, to see what makes them tick. But ignoring the obvious problems of playing up to caricature, the programme is excellent. I was going to blog about it, but my friend Paul Boman (who comes from the North East) beat me to it, so you might as well read what he wrote instead here. To be honest, he wrote it up better than I could anyway.

If you’re in the UK (or know how to browse with Tor) you can watch the whole program on demand here.