Let’s be honest: Not everything in the martial arts garden is coming up roses. There’s still a lot of bullshit out there. 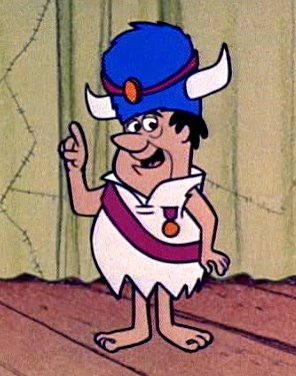 I find it uncomfortable when ‘normal’ people find out I do a martial art. The problem is that they usually want to talk to me about it. For example, they want to tell me about their nephew/son or daughter who does “What’s that one like Karate but with the kicking in?” And 99 times out of 100 I have nothing to say about that because it has no connection with anything I do at all. Also 99 out of 100 times I find that everything they think about martial arts is based on the image of it projected by the media, thus entirely a fantasy. I try my hardest to not sound disinterested and quickly change the subject.

It’s often even worse when you do meet people who practice a martial art themselves, because quite often they’re not exactly what I’d call ‘normal’ either. They can be the sort of people who flock to “combatives” training so they can learn to defend themselves from a machine gun attack, or maybe they like wearing a uniform, hierarchy and belts, or standing in lines screaming and punching the air. Oh, and by “people” I mean “men” here. I’ve found that women who practice a martial art are usually on the level (with a few notable exceptions). Women are usually attracted to martial arts as a way to prepare themselves for the physical reality of conflict.  They need to have some sort of defence if they ever find themselves in an uncomfortable situation with a larger, stronger male.

In a way I find that admitting you do a martial art to another person (if you’re a man) can be a bit like saying “Hi! There’s a high probability I’m a little odd!”

But let’s ignore the larger martial arts world and look at the small subset that is the Internal martial arts (IMA)- things like XingYi, Bagua and Tai Chi and other Chinese martial arts (CMA). I was talking about this with a friend recently. And in his own (paraphrased) words:

The problem is a lot of IMA people are looking for the “holy grail”. They are drawn to obscure jargon, high prices, “special” training and the idea that if it doesn’t work it is YOUR fault.

Certain teachers capitalises on all that very well, along with the bullying persona, being the alpha male in the room full of aiki-bunnies. People have bought so much into a particular view of MA it’s difficult for them to understand or appreciate anything outside of that view. I’m sure we both know people who would take apart 99% of IMA “masters” in a “relaxed” way, yet their work is ignored because they don’t “do it properly”.

If an IMA teacher is making constant reminders of “choking out” MMA guys and “destroying” people then it highlights his main area of worry – he knows he would struggle in either of those environments, yet he is not man enough to admit it or even – heaven forbid – go train with any of the top guys. Big fish small pond. This attitude is supported by some because it feeds into their inferiority complex and/or need to feel “special” by being accepted by the Grand Poobah. It’s largely this attitude that has almost destroyed CMA in this country – at one time CMA classes were heaving….these days…?

You can go a long way in the Chinese martial arts world, and specifically the internals, by being the guy who doesn’t mind punching civilians in the face at your seminar, to show who is top dog. If you encounter one of these controlling and manipulative individuals I’d suggest just walking away, and fast. You can’t change them, and nothing good will happen to you when you point out their obvious lies. Their followers have usually brought into the lie 100% and just shift their reality to accommodate the latest half truth or nonsense they spew.

Walk away – you don’t need these people in your life.

3 thoughts on “The Grand Poobah”